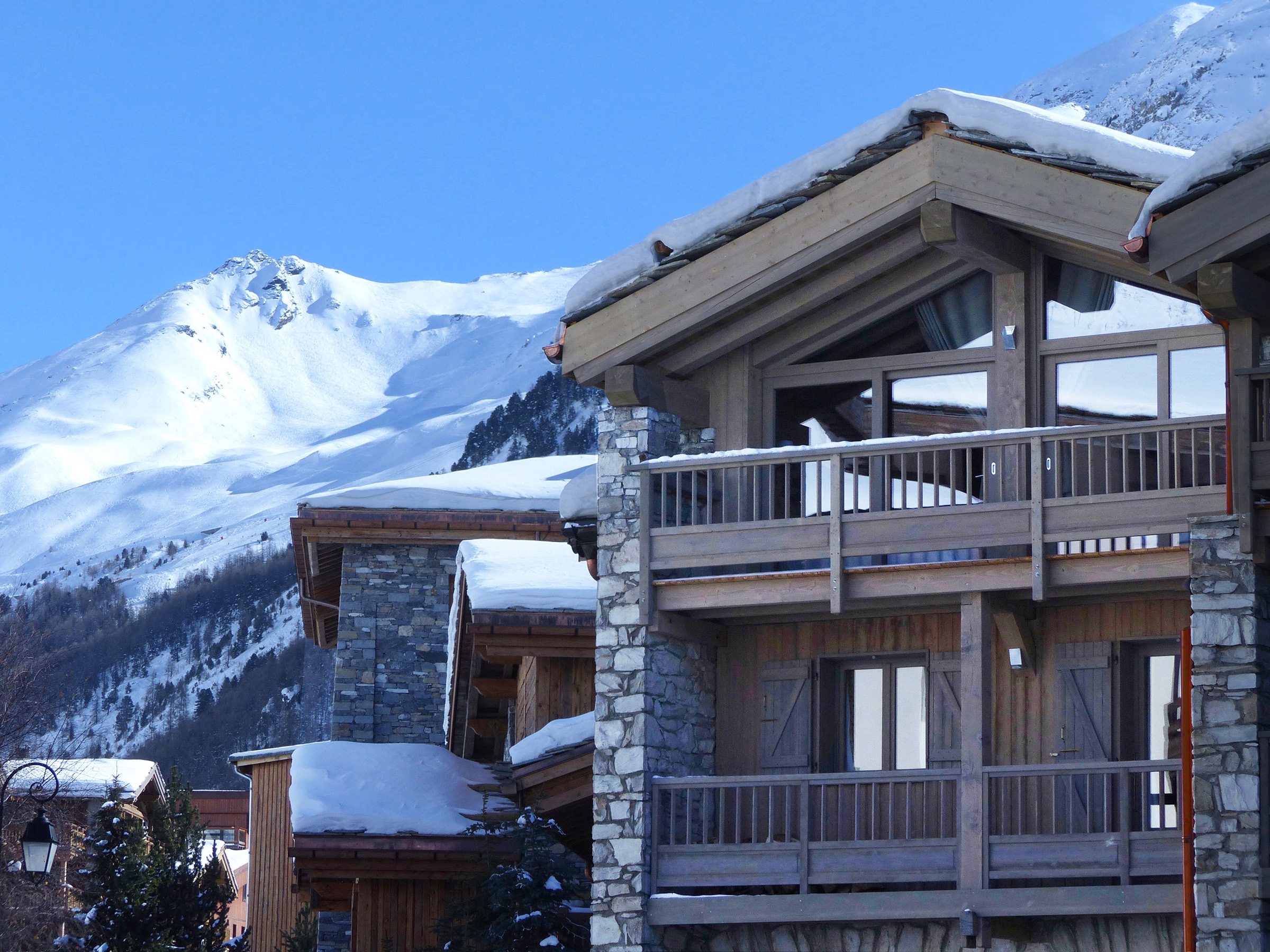 “We love the location of Chalet Charlotte, with everything within walking distance.”

Bedrooms in order of preference (in our opinion)

Bedroom 1
Twin/double (13′ x 10’3″) on upper floor with en-suite shower and wc, and a balcony facing west towards the centre of Val d’Isère and Bellevarde.

Bedroom 2
Twin/double (13′ x 10’3″) on upper floor with private shower and wc, and a balcony facing west towards the centre of Val d’Isère and Bellevarde.

Bathrooms
A wc and a bathroom (containing bath and shower) on the lower floor outside bedrooms 3 and 4. Each upper floor bedroom has its own shower and wc.

Chalet Charlotte is marvellously located on the edge of the old village, about 100m from the corner of the nursery slopes. You can ski to and from this point.

Situated as it is on some of the most hallowed ground in the skiing world, Charlotte is not our roomiest chalet, but it is a lot more spacious than it ever has been, because the top half of the building has been re-built and extended recently. The two upper-floor bedrooms have doubled in size and gained big french windows and balconies with views of Bellevarde. These rooms also have the option of good-sized single beds or six-foot doubles (ideal for those who share a bed and those who don’t, for those who hope they might or swear they won’t…).

As an extra touch, each bedside in bedroom 1 and 2 has its own USB port.

As well as the extra space, the chalet gained an extra bathroom upstairs, so there are now three showers, one bath and three loos for its four bedrooms. Each of the top two bedrooms has its own shower and loo, while the lower floor is unchanged: two good bedrooms, a bathroom containing both bath and shower, and a separate wc.

Next to those is the sitting-dining room. With its open-plan kitchen and log fire it is definitely on the cosy side – a little too cosy to share with strangers, so we seldom recommend it to guests who don’t already know each other – but for eight friends, four couples or a family or two, it is perfect.

So why is it such good value? What’s the catch? Why are we not charging extra for the super new top-floor bedrooms? The reason is one tiny detail: the staircase between the first and second floors. It is typical Val d’Isère: they call it a staircase, while anywhere else it would be a black run. Or off-piste! It is seriously steep, and that is why the prices aren’t. If you are lucky enough to have a munificent grandmother who pays for the whole family’s holiday, don’t give her Bedroom 1 unless you want to inherit sooner rather than later…

But for eight people (who can handle a steep staircase), looking for a really inexpensive four-bedroom, three-bathroom chalet with heaps of atmosphere in a brilliant position, Chalet Charlotte is the best!

Our prices for 2021-22 are shown below. To compare different chalets, please see the full Prices page, and keep an eye on our occasional Special Offers for last-minute deals. Please see the What's Included page which shows what is provided by YSE for these prices.

Prices are per person per week in sterling.

If the chalet is not available on the date you want, have a look at: